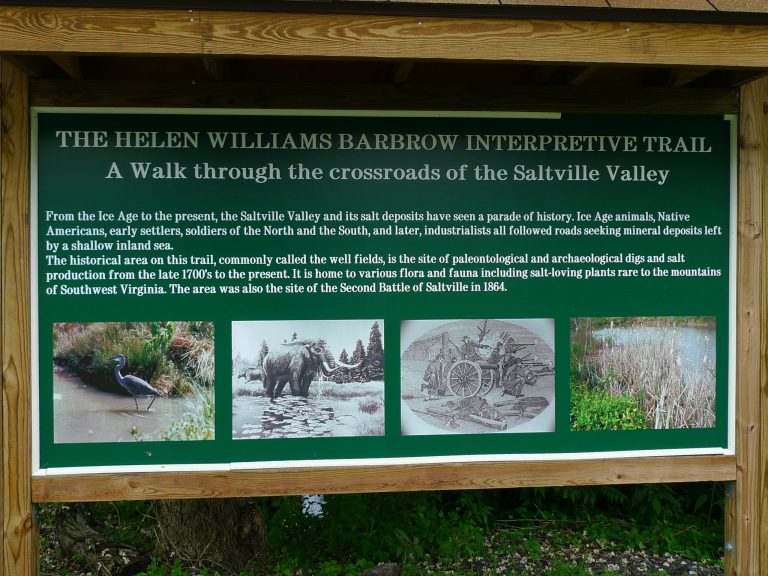 The Helen Williams Barbrow Interpretive Trail is a biking and walking trail located in the Well Fields Recreation Area. From the Ice Age to the present, the Saltville Valley and its salt deposits have seen a parade of history. Ice Age animals, Native Americans, early settlers, soldiers of the North and the South, and later, industrialists all followed roads seeking mineral deposits left by a shallow inland sea.

The trail runs approximately .6 miles through the Well Fields in Saltville. Along the trail, learn more about paleontological and archaeological digs and salt production from the late 1700’s to the present. The Well Fields are home to various flora and fauna including salt loving plants rare to the mountains of Southwest Virginia. The area was also the site of the Second Battle of Saltville in 1864. Named after noted Saltville citizen Helen Williams Barbrow.