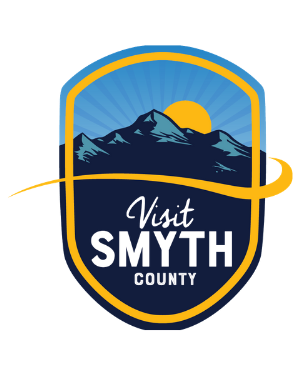 Join Marion, VA in celebrating the music and influence of Wayne C. Henderson, the world renowned guitar instrumentalist and luthier.

Wayne has become an international ambassador for the music, heritage and culture of our region of the Southern Appalachians.  Wayne Henderson was born in Grayson County, Virginia, where he lives today. He is a full-time instrument builder and musician, specializing in building guitars, and playing in a unique finger-picking style. Though he has lived in Virginia all of his life, Henderson has played countless performances throughout the United States and Europe.

After over a year of COVID cancelations and postponements, live events are back in Marion, Virginia!  Friday June 18th through Monday June 21st, the Town of Marion is marking “Wayne Weekend,” a collection of live music and attractions celebrating the influence of legendary luthier Wayne C. Henderson.

Events will take place all over town, free of charge.  Visitors and residents can enjoy tours of the lutherie and art studios at The Wayne C. Henderson School of Appalachian Arts, film screenings at The Lincoln Theatre, artist demos at The Ford Studios, music at Hungry Mother State Park, the return of the Saturday Cruise-In concerts, and more.

The idea for “Wayne Weekend” was initially sparked by the annual Wayne C. Henderson Festival, a one day live music festival held annually at Grayson Highlands State Park.  Organizers in Marion had hoped to expand on the popular festival, with complementary events to enhance the weekend.  Unfortunately the festival at Grayson Highlands was canceled for 2021, as planning was already underway during the winter COVID surge.  Marion arts groups decided to go ahead with the auxiliary events, in the hopes of growing the partnership in future years.

Wayne Henderson lives in nearby Grayson County, Virginia, and his relationship with Marion is a longstanding one. Henderson lent his name and mentorship to the Wayne C. Henderson School of Appalachian Arts, one of the premier centers for the art of guitar-making in the nation.  The weeklong guitar-building workshops are typically sold out years in advance.   “The Henderson,” as it is lovingly known, houses a lutherie, as well as a wordpress, pottery studio, fiber arts, and a popular Monday Night Jam.

9am – 5pm, Tour the lutherie at The Henderson in downtown Marion. FREE! Donations gratefully accepted thehenderson.org

9am – 5pm, Tour the lutherie at The Henderson in downtown Marion. FREE! Donations gratefully accepted  thehenderson.org

Celebrate Fathers Day with brunch at restaurants throughout Marion

10am to 4pm, Watch the documentary  “From Wood to Singing Guitar” at The Lincoln Theatre. every hour on the hour. FREE! Donations gratefully accepted  thelincoln.org

10am – 3pm, Tour the lutherie at The Henderson in downtown Marion. FREE! Donations gratefully accepted  thehenderson.org

In town for the Wayne Henderson Festival? Let us help you plan your trip!

Where to Stay
Where to Eat

Please note: Unfortunately the Wayne Henderson Guitar Festival has been canceled in 2021. Events in and around Marion, as listed above, are proceeding according to state guidelines. Check with organizers for any changes.