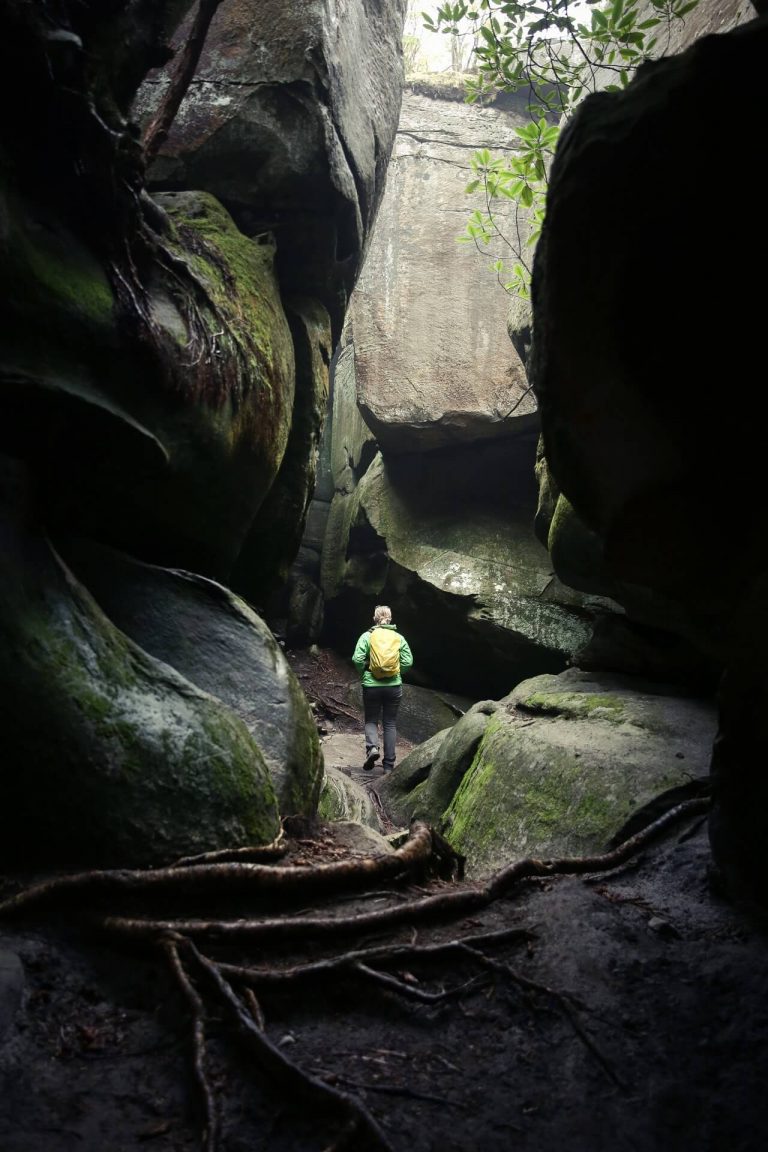 A maze-like system of sandstone crevices and boulders that occur near the summit of Middle Knob on Clinch Mountain. The Channels were likely formed while the high-elevation sandstone cap was under the influence of permafrost and ice wedging during the last ice age. These forces shattered and enlarged joints in the sandstone caprock.