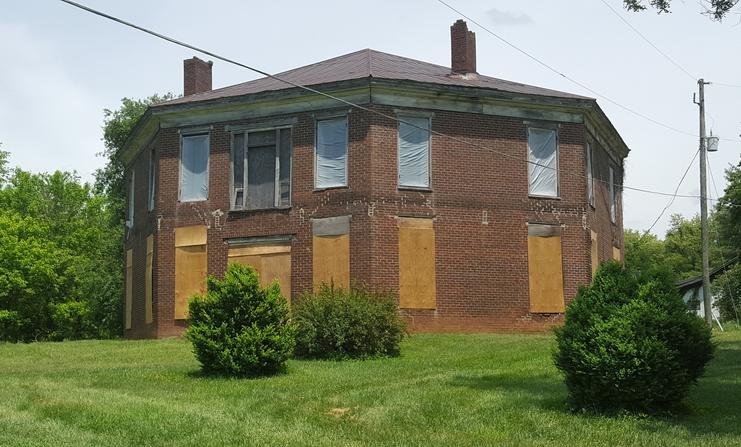 One of Smyth County’s most fascinating historical structures. Interpretive markers on site tell the history of the property, and plans for future restoration. Built for Abijah Thomas in 1856-1857, during a surge of interest in octagonal domestic architecture, this two-story brick structure contains 17 rooms and handcrafted interior treatments. By 1860, Thomas had acquired more than 10,000 acres in this area. He established the Holston Woolen Mills, around which a village emerged, and operated a sawmill, grist mill, and tannery. Southeast of Marion, he opened an iron furnace that produced pig iron for the Confederacy. Enslaved African Americans and hired workers labored on his properties. Financial mismanagement brought an end to his industrial ambitions.